Click HERE for a free and confidential evaluation of your case 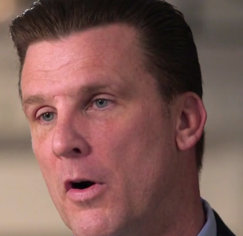 In September 2018, Jim concluded his successful representation of Allison Zayas in her whistleblower case against AstraZeneca. Jim was trial counsel for the case pending in Travis County, Texas. The case settled for $90 million. A copy of the settlement agreement can be found at Texas Settlement Agreement.

Jim Pepper has represented parties in some of the largest qui tam settlements in history including the $2.3 billion Pfizer settlement, the $3 billion GSK settlement and the $762 million Amgen settlement.

A copy of the Pfizer settlement agreement can be found at Pfizer Settlement Agreement.

The False Claims Act (also called the "Lincoln Law") is an American federal law that imposes liability on persons and companies that defraud governmental  programs.  It is the federal Government’s primary tool in combating fraud against the Government. Today, over 70 percent of all federal Government FCA actions are initiated by whistleblowers. The law includes a "qui tam" provision that allows people who are not affiliated with the government to file actions on behalf of the government (informally called "whistleblowing"). Persons filing under the Act stand to receive a portion (usually about 15–25 percent) of any recovered damages. Claims under the law have typically involved health care, military, or other government spending programs, and dominate the list of largest pharmaceutical settlements. The government has recovered nearly $35 billion under the False Claims Act between 1987 (after the significant 1986 amendments) and 2012. Of this amount, over $24 billion or 70% was from qui tam cases brought by relators.

If you have information that your company is defrauding the federal, state or your local government, please contact me for a free evaluation of your case.  See some of The Pepper Law Firm's successes here.