JAMES J. PEPPER TRIAL COUNSEL AND ATTORNEY OF RECORD FOR WHISTLEBLOWER IN CASE THAT SETTLED FOR $90 MILLION IN STATE OF TEXAS​ 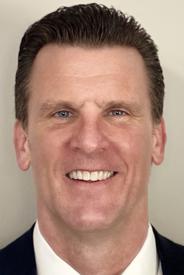 In August 2018, James J. Pepper was the attorney of record and trial counsel for the whistleblower who secured a $90 million settlement for the State of Texas. ​A copy of the Texas settlement agreement can be found at Texas Settlement Agreement.